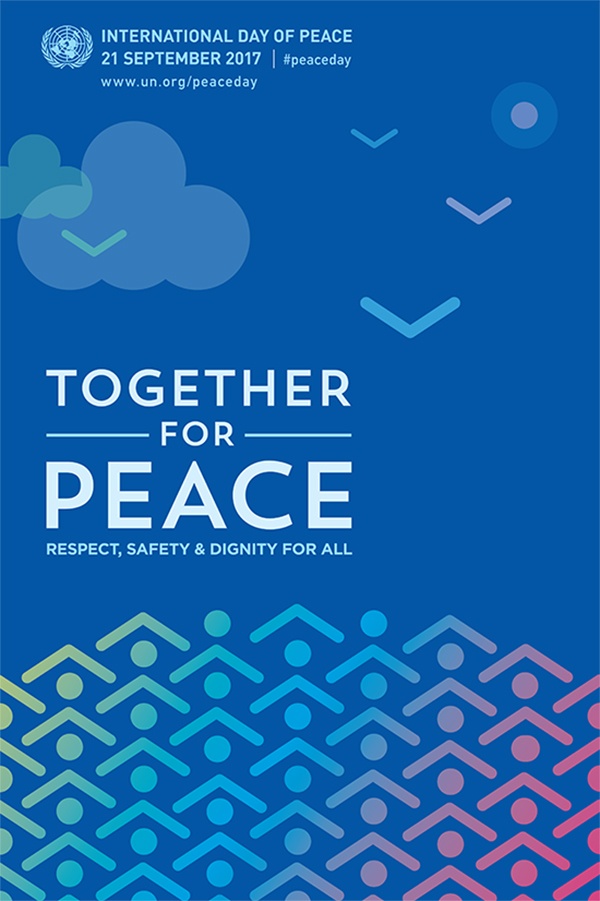 The Sir James Mancham International Centre for Peace Studies & Diplomacy (JMPC) at the University of Seychelles joins the rest of the world in observing the International Day of Peace on Thursday 21st September 2017. The theme for this year is “Together for Peace: Respect, Safety and Dignity for All” and the General Assembly of the United Nations has declared this as a day devoted to strengthening the ideals of peace, both within and among all nations and peoples.

The Seychelles national theme chosen for 2017 is ‘Seychellois: One Destiny’ or ‘Seselwa: En Sel Desten’ which demonstrates that we are striving for national unity despite our differences. The President of the Republic of Seychelles, Danny Faure, also highlighted that as a nation we need to be guided by the principles of transparency, accountability and good governance. Seychelles is currently experiencing a political cohabitation between the executive and legislative systems. This political dynamic is a practical example that reinforces the national theme and further encourages respect and unity in the country.

On a daily basis we can witness what is happening worldwide and how respect, safety and dignity for all is not as easy to attain as we would hope. War and terrorist actions taking the lives of thousands of innocent people; refugees fleeing from their homes in search of a better life; communities fighting each other in the name of religion; families and neighbours turning against each other because of political beliefs; children turning into bullies when they should instead be preoccupied with learning and having fun with each other. Even if Seychelles is considered a safe and peaceful island, it has not been spared from some of those problems.

“In times of insecurity, communities that look different become convenient scapegoats,” said United Nations Secretary-General António Guterres. “We must resist cynical efforts to divide communities and portray neighbours as ‘the other’. Discrimination diminishes us all. It prevents people — and societies — from achieving their full potential.” He added, “Together, let us stand up against bigotry and for human rights. Together, let us build bridges. Together, let us transform fear into hope.”

As the United Nations Secretary-General urges, what can we do as a small island state in building peace, stability and unity in our country? As an academic institution, JMPC will continue to support all local and international initiatives aim to promote and maintain peace and stability in the world. We have shown our support to the Seychelles National Assembly’s Truth and Reconciliation Committee which has started the ground work in the creation of an independent truth and reconciliation platform. This will show the world that together as a nation, Seychelles is aware that in order to move forward in peace and unity and move on from our past grievances, there is a need for truth and national reconciliation.

On this International Day of Peace, we need to reflect on what contribution we can make to build peace and stability in the world regardless of our age, gender or race. We can begin with simple things in the family and community because we all envision one destiny and that together we can make it a reality.